China’s Hengda is the front runner! Will the world be able to cope with the Lehman-grade crisis that will follow?

China’s Hengda is just the tip of the iceberg

At the time of writing, the 30-day grace period for interest payments, which should have been made on September 23, has not yet passed, so we cannot be certain, but we believe there is a high probability that the debt will be defaulted. This is because, as I mentioned in the article above, I believe that Xi Jinping is trying to “deliberately collapse the Chinese economy and launch an ‘economic collapse missile attack’ on other countries through global trade and other means.
However, even if my fears are unfounded and the Xi Jinping administration is doing everything in its power to stop the collapse of China’s economy, I believe the result will be the same.
The problem does not lie only with China’s Hengda. Just as in Japan’s bubble economy in the 1980s, most Chinese real estate companies are expanding beyond their means, and there is a crisis ahead for these companies, so bailing out China Hengda alone will only be a drop in the bucket.
It is impossible to bail out the entire Chinese real estate industry, which has swelled up like a balloon covering the sky, and even if the Xi Jinping administration is afraid of the bubble bursting, it has no choice but to lead the industry to an “orderly collapse” without bailing it out.
However, it is not easy for the government to carry out “orderly collapse” by any means. Moreover, there is no way that the Xi Jinping administration, which ignores market principles, has made clear its intention to return to the Maoist line, and puts ideology before economics, can pull off such a sophisticated feat.
Furthermore, on September 24, China Hengda New Energy Automobile Group, which develops and produces EVs under the umbrella of China Hengda Group, announced that it would go bankrupt without a quick injection of funds. This car company has been described by some as a mere “sham box” that has merely taken advantage of the EV boom (with no real function).
Nevertheless, it is reported to have surpassed the market capitalization of Ford Motor Company in the US in the spring of this year.
The reality of communist China is that bubbles are bursting not only in real estate, but in all areas.
In addition, the Chinese authorities have announced that they will ban all transactions and mining related to crypto assets (virtual currencies). There is a lot of controversy about the reasons for this, but I think the real goal is to stop people from taking out their yuan (domestic funds).
“It is a tradition in China that if there is a policy at the top, there will be a countermeasure at the bottom. In response to Xi Jinping’s “policy” of knocking down private companies, bullying foreign companies, and even “tacitly accepting economic collapse,” I believe that the common people are quite actively promoting “countermeasures” such as “taking funds out of the country.
In addition, the fact that interest payments on Hengda’s U.S. dollar-denominated bonds have not been made may be because the country’s foreign exchange reserves, which should be plentiful according to official statistics, have been depleted (as rumored).
I feel that China’s Hengda problem is like a canary in the tunnel that signals the collapse of the Chinese economy.

How many cockroaches is China Hengda?

It was about half a year ago that I touched on the issue of Archegos and Greensil in my April 20 article, “The Future Value of Gold in an Era When the Dollar May Become Paper Waste,” but there have been so many incidents in Japan and around the world since then that readers may have forgotten.
However, six months ago, the canary kindly told us about the danger to the global economy.
As I mentioned in “Buffett’s mentor teaches us how to recognize window dressing” published on March 29 last year, and “Wirecard scandal may actually be as shocking as the Enron scandal” published on July 15 last year, page 8, “There can’t be only one cockroach,” Buffett, the god of investment, said that we should deal with the “first cockroach” when we find it.
We should think that the cockroach is not just the one in front of us, but a huge nest in the back of the sink behind the pipes. And if we look at the Hengda problem, we can see that it was not just one cockroach.
In addition to Greensill, Archegos, and the wire card, there have been a number of other cockroaches that have been seen, and Hengda is not the first. Therefore, it seems highly likely that a “swarm of cockroaches” will come from behind the pipes in the not too distant future.
When will they appear in front of us?
The question is, when will the “swarm of cockroaches” appear in front of our eyes? We can’t deny that it could be tomorrow, but if we look back at the pattern of bubble bursts, we can see that the dominant optimism was, “That’s it, it won’t affect the whole market!” even though there were clear signs such as Archegos, Greensil and China Hengda. It’s not going to affect the whole market!” optimism often prevails. Therefore, the market remains strong compared to the severity of the situation.
“But sooner or later, we will be forced to face the truth.
The collapse of the bubble economy in the past is a typical example of a bullish moment turning into a bearish one in an instant, just as the board of Othello changes from white to black at a certain moment.
“Since the impact of human psychology is greater than the impact of facts, we should think in terms of behavioral economics, but it is difficult to rationally predict the change in human psychology. So, as Buffett says, we should “always be prepared for crisis. And we are not at the stage of a typhoon on a southern island, but at the stage of a typhoon blasting its way through the middle of the Japanese mainland.
“We should be prepared for a typhoon to hit our house.

The Lehman Shock after the Subprime Crisis

There is talk that the Hengda problem in China may lead to a situation similar to the Lehman shock, but I think we should rather compare it to the subprime crisis.
The subprime mortgage crisis refers to the bad debts of subprime loans for home purchase that occurred in the United States from the end of 2007 to 2009.
However, as readers are well aware, it was the Lehman shock of the following year, in the fall of 2008, that had a super-duper impact on the global economy and markets.
The Hengda problem is similar to the subprime crisis in that it is a collapse of the pattern of buying real estate with excessive debt and waiting for prices to rise.
Perhaps there will be a prolonged turmoil centered on China’s real estate market in the future, but I fear that it is actually only a prelude.
Although the trigger is China’s real estate market, I don’t think we can deny the possibility that within a few months to a year or two, new problems will erupt one after another in Europe and the United States, and the world will be hit by the first major earthquake of the “Great Depression class” in about a century.
The 1929 stock market crash began in the United States, an emerging market at the time.
What I consider to be an uncanny coincidence is that the United States, which was the epicenter of the Great Depression and experienced the New York stock market crash of 1929, was a “huge emerging power” at the time.
The U.S., which did not suffer any damage to its own (land) in World War I, had lent heavily to the victorious countries such as Britain and France, whose land had been devastated. It is well known that Germany was saddled with huge reparations, which led to the rise of the Nazis, but France and other countries demanded huge reparations from Germany because they owed the U.S. a large amount of money and had to pay it back.
The U.S. was the only country that was enjoying its own springtime while Europe was falling, but that ended abruptly in 1929. Not only that, but the aftermath spread throughout the world, and the world could not escape its effects until the end of World War II.
“No matter how severe the “Heng Da Shock” is, we will be grateful if it does not lead to a “Great Depression. Like the Lehman shock and other crises we have experienced roughly every ten years, we will recover within a few years.
However, a “Great Depression-level” earthquake would leave us suffering for at least 10 years, and possibly 20 or 30 years.
Like the U.S. in 1929, the global catastrophe of the economic collapse of China, a powerful emerging power, could be enormous.

The worst-case scenario for a “Great Depression” is that a global financial crisis, which has occurred roughly every 10 years, has not occurred for 13 years.
It can be said that the pandemic rose from the beginning of 2021 has supported the situation.
It may be more frightening when the pandemic subsides in roughly three years, as I mentioned in my article “Survive the Corona Disaster by Reviving the ‘Bad Luck’ Culture that Built the Great Buddha at Todaiji Temple,” published on September 16.
The reason why I am bracing myself for the “next crisis” is that it has become difficult to pull out the “family sword” of “monetary easing” thanks to the lavish implementation of ultra-low interest rate policies and anti-pandemic measures around the world. As I have said before, what means are the government and financial authorities going to use to fight the crisis?
Recently, there has been a lot of discussion about whether we are dealing with a “Lehman Shock” or an “LTCM” type crisis.
LTCM is a fund, in which Nobel laureates and others participated, that stood on the brink after the Asian currency crisis in 1997 and the Russian financial crisis in 1998, which was fueled by the Asian currency crisis.
At the time of the crisis, Fed Chairman Alan Greenspan responded rapidly by lowering the FF (short-term interest rate) rate three times in the three months beginning in September 1998, in an attempt to calm the growing financial instability.
However, in the current ultra-low interest rate environment, the interest rate cuts can hardly be expected to have any effect, and in my view, the nature of the Hengda crisis is that it is not just one company’s problem.
In the end, no matter how things turn out, we should assume that a major crisis is coming. I don’t know if it will be tomorrow or in a year or two, but it is time for us to close the shutters, clean up the tools left in the yard, and prepare for a major typhoon. 原油価格が7年ぶりに1バレル100ドルになる？ Will oil prices hit $100 per barrel for the first time in 7 years? 油价将在7年内首次达到每桶100美元？ 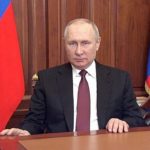 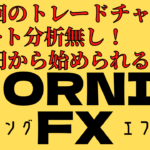